You don't have to dress this rarely seen lust-fest in modern garb to make its feminist points, but Marianne Elliott's magnificent and disturbing National Theatre revival does benefit from updating the Italian Renaissance to a period mishmash of New Look couture, dead cool jazz and punk primitivism. Its talk of "shittlecock" and "stool ball" — the new sexual pastimes — is prologue to peeping up skirts to establish if the girl's "wild and hairy underneath".

That last phrase is not Middleton's, but there's nothing comparable in Shakespeare, where sexual innuendo mostly remains just that. Middleton's supple verse uncoils into explicit metaphor and, in the famous chess scene, a running commentary of captured castles and pawns porns? The wealthy widow Livia, played in the very likeness of the Duchess of Windsor by an elegantly acerbic Harriet Walter, is conducting "the game" at the board with the girl's mother-in-law Tilly Tremayne while the Olivier stage revolves slowly, the balcony yields to an ominous back stairway, and Richard Lintern's dastardly duke shows Bianca his monument.

It's not just that crude: Bianca, played with real guile and gusto by Lauren O'Neil, has been incarcerated by her travelling husband Leantio Samuel Barnett , so she's ripe for adventure; and she's inducted into the danger zone by the creepy Guardiano Andrew Woodall with a tour of erotic paintings and statuary, here projected onto the set while composer Olly Fox's live jazz combo with vocalist sets the blue mood. No one acquits himself with honour. Even the Cardinal Chu Omambala , who interrupts the wedding with a tirade against lust, is fully undeserving of his last-man-left-standing status in the climactic masque, a bloodbath that makes the last scene of Hamlet look like a nursery game.

Even a great Glasgow Citizens production 15 years ago fudged this last act, and though Elliott retains most of it, she cuts the ceremonial parody of Hymen, Ganymede and Juno, and the arrow-firing Cupids replaced by black-winged Myrmidons , and uses an accelerating revolve to convey the carnage. It's a seamless, if slightly blurred, atmospheric extension of the whole show, with Walter priming a body double, Barnett returning as a ghost, the incestuous Isabella Vanessa Kirby expiring in a balletic gang bang instead of the stipulated shower of burning gold and her love-struck uncle Raymond Coulthard impaling himself on a convenient dagger.

It's all a wonderful advert for the idea of getting bad behaviour out of our lives and onto the stage where it belongs: let's hear it for perversion by proxy. You can find our Community Guidelines in full here.

You can also choose to be emailed when someone replies to your comment. The existing Open Comments threads will continue to exist for those who do not subscribe to Independent Premium. Due to the sheer scale of this comment community, we are not able to give each post the same level of attention, but we have preserved this area in the interests of open debate.

Please continue to respect all commenters and create constructive debates. Want to bookmark your favourite articles and stories to read or reference later? Find your bookmarks in your Independent Premium section, under my profile. Subscribe Now Subscribe Now. Final Say.

It is a cry and mocking of life, a republican call to arms. Remember Malvolio's warning in "Twelfth Night": I'll be revenged on the lot of you". The writer here delights in the doom of the characters. We are worlds part from Shakespeare's tragic victims. Even Webster's characters are capable of more humanity. If Middleton had written "The Duchess of Malfi", I have no doubt the Duchess would have been protrayed as the whore, as described by her cruel brother. So I find this play repellent, yet I am drawn to it and I ask myself why.

I think the reason is its intensity. We are as human beings fascinated by the fanatical, the committed, the intense. This play is not lyrical as Shakespeare or in a different manner Webster were lyrical, but the language is nevertheless compelling. I found the complexity of the plots and machinations of the protagonists confusing but some lines echo after the final curtain, as this true observation from the cuckolded Leantio, Middleton's Othello parody, who unlike Othello has good reason to be jealous: "For nothing makes man's loss grievous to him But knowledge of the worth of what he loses" Aug 29, Stephen rated it it was amazing Shelves: england , 17th-century.

This review has been hidden because it contains spoilers. To view it, click here. Was there a rule in Jacobean England stating that respectable people could only murder each other under the guise of acting within a play -within-a-play? It happens here and there in most of the revenge tragedies, from Kyd's The Spanish Tragedy on, but in this particularly ultraviolent bloodfest, every single character latches onto the same modus operandi at the climax.

But why such a ridiculous fifth act when the preceding four don't suggest any parodistic intent? In fact, the first four acts contain some of the strongest characterizations and writing of the era. Livia, a twice-widowed manipulator it's never fully explained how she managed to lose two husbands, but I think that's a delicious bit of intrigue to ponder over , is a fascinating role for an older woman, roles which were scarce in that time period when female roles were performed by young boys.


As a widow, she is truly powerful only widows controlled their own destinies, whereas other women surrendered their lives to husbands, fathers, and other male guardians , but her mastery of speech, her pragmatic attitude, and her genuine wisdom supplement that power to make her the most dominating presence in the play.

The play's treatment of Hippolito, the lovestruck uncle haunted by his own "aberrant" sexual desires, is also notable. Painting him first as a shameful penitent and then as an overjoyed lover--just about the only lover in the play who truly loves his mate--the play never attempts to assign guilt to him for having the desires he has, except insofar as society as deemed him unacceptable. Even the actual seduction of his niece is removed from him so that he can remain untarnished by the deception. Middleton has structured the play so that we must judge him based solely on our opinion of a sexual desire that he presumably cannot control, as evident by his anguish in the beginning.

Can we blame him for sleeping with his niece when she so happily agrees to it? Middleton's Florence is a world of unhappy compromises and miserable sacrifices, where wise women must wed jackasses, where material temptations take a constant toll on the happiness of poor young couples, where powerful men naturally exert sexual control over powerless women, and where even happy pairings are thwarted by everpresent societal judgments. Jul 02, Katie R. Herring rated it liked it Shelves: audio-book , play.

I'd like to see this on stage-- I listened to it on tape but was lost. I missed a lot, probably the important things, but I know the summary and the ending-- though, all tragedies are the same. I will probably read this in the future, I'm intrigued and know I didn't get the fullness of it while listening. View all 4 comments. Feb 22, Amy rated it really liked it Shelves: reads , classics.

Set in Florence, it follows the stories of Bianca and Leonato I think , who elope from Venice and when they arrive in Florence, Leonato becomes paranoid that someone will see Bianca and want to steal her so insists that she stay indoors, or wear a mask if she leaves the house. However, Bianca appears on the balcony of their house and The Duke spots her, and instantly falls in love. 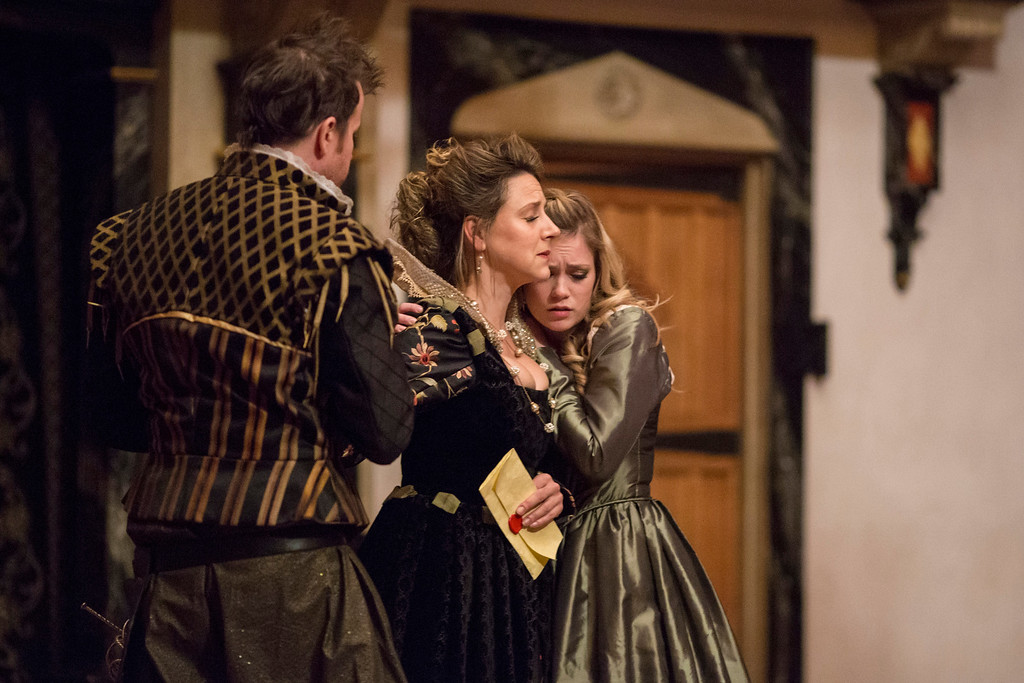 Middleton crafts a very twisted world, and Livia struck me as an almost female Iago; controlling the other characters around her.